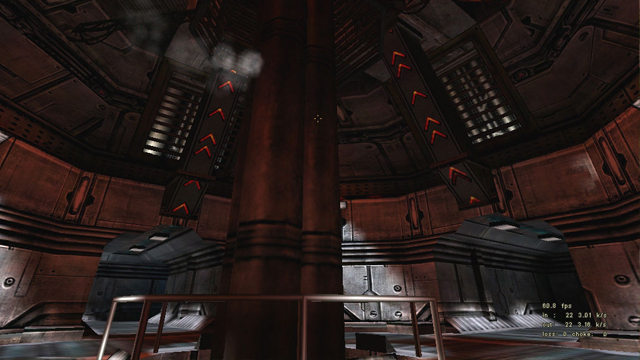 The first levels I released I created in Worldcraft (aka Valve Hammer) and UnrealEd for Half-Life and Unreal Tournament (and their many community-created modifications). I also created a mod with a team of amateur developers. It is called “Monkeystrike” – a mix of Team Fortress Classic, Half-Life Deathmatch and all kinds of crazy weapons (and monkeys *duh*). What started out as a wacky idea at a LAN party turned into a succesful project that even caught Valve Software’s attention. I showcased the mod during Valve’s MOD Expo in Dallas, 2002.

Here is a selection of screenshots that I could salvage. The shown levels have been created for Natural Selection, Monkeystrik, Red Orchestra (back in the day still an Unreal Tournament mod) and FarCry. I’ll leave it up to you to figure out which level is for which game! 😉