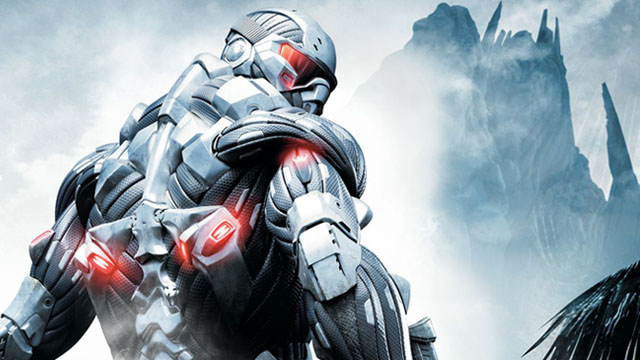 At Crytek, I started out by contributing to the game design process and creation of level concept documents during pre-production. I then took an active role in the development of the vertical slice demo and the first-pass-versions of the missions “Relic” & “Recovery” (layout, basic geometry, AI navigation & behaviors). However the largest part of the development process I spent designing the sections of the game which take place inside the alien ship (namely the mission “Core”).

The level creation process of Core was a special challenge because there was little experience to fall back on for this kind of environment I was creating (unlike the outdoor missions which strongly resembled many of the levels in Crytek’s previous game FarCry). The vision: a scary, Alien-looking zero-gravity environment where the player needs to engage Alien enemies in their natural habitat. There, the player would learn more about the Alien species that has begun to transform Earth into a frozen world (similar to their home planet).

The biggest challenges were a) to lead the player through this mysterious environment while they have 360° freedom of movement and b) to create interesting combat encounters under consideration of the AI’s requirements. Since the development of a 3D map would have been too much work, I solved the former by strategically landmark objects, lights, particle & sound effects. The glowing tentacles that power the Alien ship are a common theme throughout the level that have proven to help navigate as well. Additionally I found out that gravity streams didn’t just make an interesting ingredient for puzzles but also a good indicator to give the player a sense of direction (like a wind breeze gently pushing the player in the right direction). Fun encounters with the Aliens were achieved by adding tunnels and bridging large empty spaces with objects that the Alien AI can take cover behind. This also helped to facilitate surprise attacks and the kind of cat & mouse gameplay I was aiming for inside the ship.

On this Crysis singleplayer mission I was tasked to work on the gameplay-logic, AI, cinematics etc. while a different designer took care of laying out the geometry and textures. The story backdrop to the mission is that the sphere that emits from the Alien ship has begun to rapidly expand and the island needs to be evacuated. The player and his squadron of VTOLs need to get back to the aircraft carrier and help allied forces on the way to escape. The action-packed, cinematic theme of the mission made this one of the more scripting-heavy and linear missions in the game. I jumped at the challenge and came up with mission objectives, scripted & animated the player’s wingmen as well as the expanding ice sphere that freezes everything in its way. I added dialogues, sounds, particle effects (explosions mostly) and worked with the AI programmers to come up with the right behavior for the flying Alien exosuit enemies during air-to-air combat. This was a special challenge because these enemies were originally never intended to attack anything else but ground units. An even bigger challenge were the player’s wingmen who received little to no AI support, so I ended up animating the flight route for each one of them. Keeping the player’s, the wingmen’s and sphere’s progress in sync was only feasible through clever use of triggers and multiple sequences. Good teamwork and focus resulted in an exciting, unique mission that we were able to create in relatively short time.